Economic Impact of the Government Shutdown 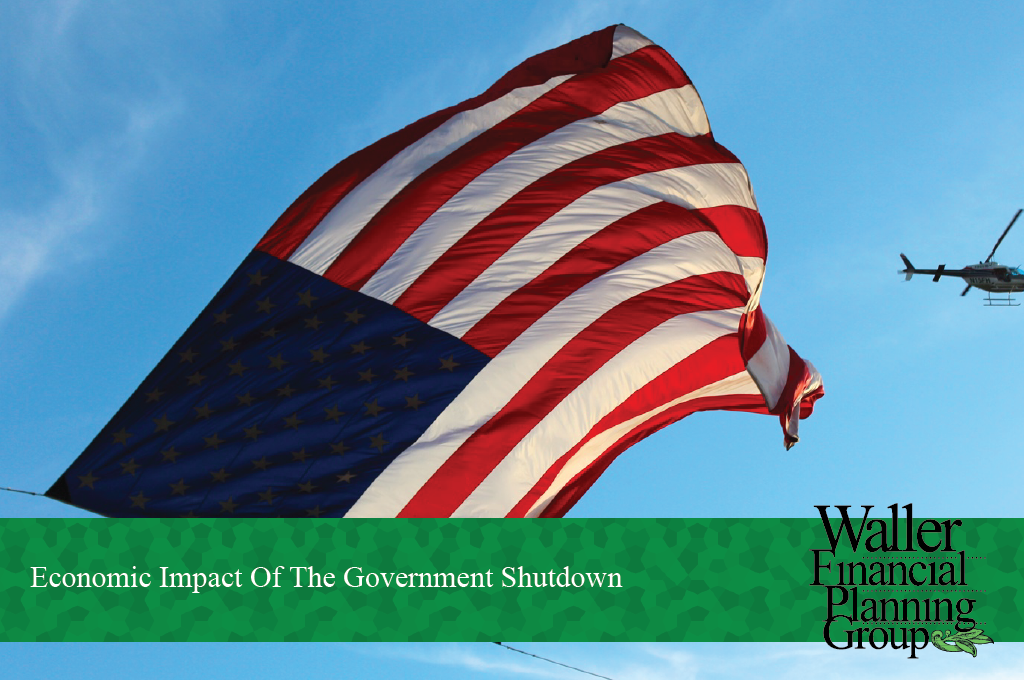 As we pass the 30-day mark of the government shutdown, we are becoming more concerned over how the overall economy may be impacted. We need to remember that this political standoff impacts real, everyday people, and we feel awful for them. The root of the standoff is partisan bickering, and we are strictly reviewing the potential ramifications of the shutdown on the economy, not the merits of it.

We are in uncharted waters, as no other shutdown has lasted more than 21 days. There have been 21 shutdowns since 1976. Thus far, government shutdowns have been inconsequential to economic growth, with the average shutdown lasting less than a week. Moreover, 11 of the previous 20 shutdowns lasted three days or less. One of the aspects of this shutdown is that it does not appear either political side is willing to compromise. With no resolution in sight, Friday will be the second paycheck missed by  800,000 government workers. Two things are clear: economists and political pundits did not expect that the impasse would last this long, and the impact on the U.S. economy cannot be calculated with precision.

In reviewing the entirety of the shutdown, you must remember that it is technically a partial shutdown.  It impacts 7 out of 12 yearly appropriations. Those still receiving funding under an earlier resolution are Energy & Water, the Legislative Branch, Military Construction and VA, the Department of Defense, and Labor, Health & Human Services. Interestingly, those five agencies represent 75% of discretionary government spending. They are fully funded through September 30, 2019. Disappointingly, members of the House of Representatives and the Senate are not working without pay, as the Legislative Branch is funded.

At the other end of the spectrum, workers with the Transportation Security Administration (TSA) and air traffic controllers are still on post at airports and working without pay. Some workers were deemed inessential. Many food inspections performed by the Food and Drug Administration (FDA) have ceased. The SNAP program—aka food stamps—is about to expire because February’s benefits have not been funded and 2,500 retailers cannot renew their EBT debit card licenses. School meal programs will stop operating in February, as well.

Zillow, the real estate database, has estimated that federal workers not receiving paychecks will owe $249 million in mortgage payments and $189 million in rent payments, which are all due this month. The shutdown is impacting people who are trying to buy a home because new applicants for FHA loans are not able to communicate with the agency. Additionally, the U.S. Department of Agriculture is not processing loans for people buying homes in rural areas either.  An estimated 1,150 landlords who provide subsidized housing for low-income Americans are not receiving their subsidy payments, and another 500 contracts will expire at the end of January. As a result, as many as 100,000 low-income tenants could face eviction. Food and entertainment businesses have been hit too, with many government workers being cautious about spending.

Economists are struggling to model the impact of so many workers not spending money, the slowdown in the housing market, and the lack of government statistics due to furloughed economists. The initial consensus view was that 0.05 percentage points would be shaved off the American gross domestic product (GDP) for every week the shutdown goes on; however, it was not initially considered that many more than 800,000 people would be impacted. The shutdown also affects people that are federal contractors and third-party companies that are paid by one of the shutdown agencies. They are even more impacted, as they will not receive any back pay. When factoring in these additional impacted groups, government economists now believe the GDP reduction is closer to 0.13 percentage points every week. Thus, the shutdown has already knocked 0.25 points from first quarter GDP.

Sadly, there is no clear end in sight. We cannot ignore the human cost to the shutdown. It is heartbreaking; however, the impact to the economy is nearing the point where the shutdown will not just be an asterisk on a financial chart. If the shutdown were to continue for another four weeks, there is a high likelihood that economic growth will be negative in the first quarter. That could spook the markets into believing that the economy is heading into recession. Alternatively, it could be the partisan bickering that causes the next recession.