What’s The Future Of Social Security And Retirement Planning? 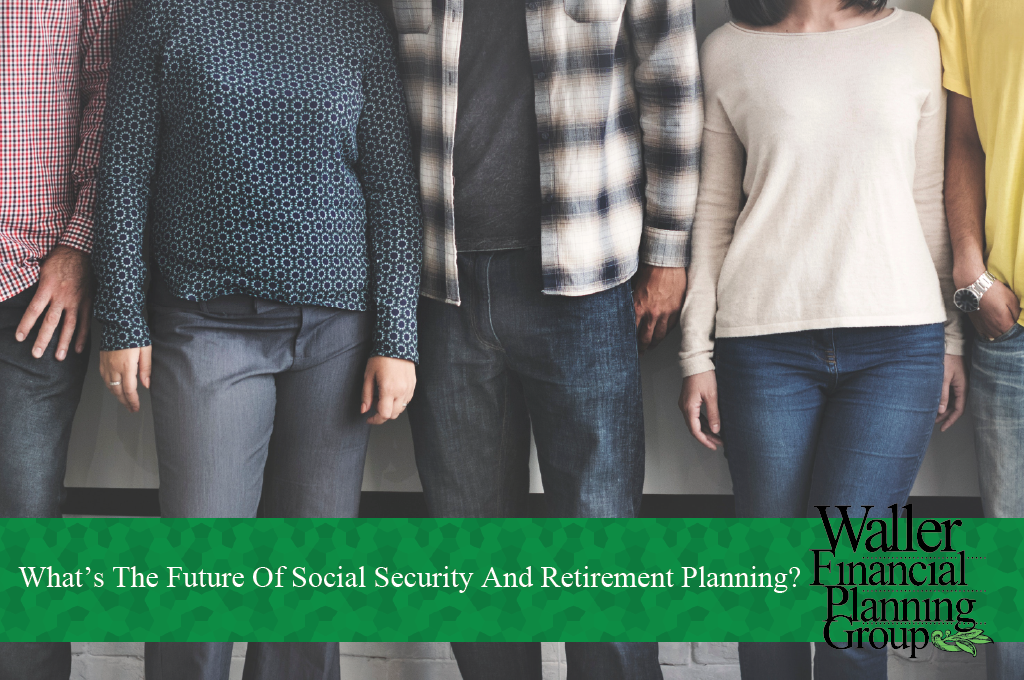 When people engage us to develop a financial plan, they have many objectives. Chief among them is to make sure they do not run out of money during their lifetime and to ensure sufficient resources are available to care for their loved ones when they pass.  Since nearly 90% of senior citizens receive Social Security benefits, key discussion points typically focus on the financial soundness of the Social Security and Medicare programs. Each year, the programs have to provide a report outlining their current and projected financial status to Congress. These reports tend to create some alarm, but Congress typically doesn’t take much action.

This year’s report was released in June. A synopsis of the report said that Medicare would become insolvent in 2026 and Social Security will face a similar fate in 2034. The Medicare projection is three years earlier than the previous report, while the Social Security projection remained unchanged from previous estimates. This is not new news. People are living far longer than anticipated when Social Security was created in 1935: the average life expectancy for a person who managed to reach age 30 at that time was age 68 for men and 70 for women. Today it’s 79 for men and 82 for women. In addition to longer life expectancies, Medicare has been hit with higher-than-inflation medical expenses, too.

Alarmists point out that the Social Security and Medicare Trust Fund reserves are invested in government securities. This amounts to the government essentially writing itself an IOU to the tune of $2.8 trillion currently. This IOU is the total “asset reserves” in the country’s largest social programs. Of course, we do not recommend that people accumulate deficits and meticulously keep slips of paper around, which represent a promise to pay back every penny eventually. Today though, nearly all of the money paid out to Social Security and Medicare recipients are merely transfers of money paid into the program by workers. The money comes in as FICA payments and taxes on Social Security benefits and goes back out the door to beneficiaries.

So where’s this alleged deficit?  On Page 9 of the report, in section “Assumptions About the Future,” the report makes three economic projections about the next 75 years, including future birth rates, mortality, worker productivity, wage increases, inflation, unemployment and the interest rate earned on those IOUs the government is writing. Page 19 shows a graph that illustrates the projected outcomes of three different sets of assumptions for all these variables. Two of the projections are quite bad, while the third projects not just solvency, but actual prosperity for the trust funds going forward well past the year 2090.

Even if the worst case happens, and the programs go “bust,” they won’t actually stop paying benefits. Here is where the general confusion is: We hear that the programs are forecasted to be insolvent, which is another word for bankrupt. However, that is not the case, because it does not take into consideration there will still be workers who pay FICA taxes, and even if there is no trust fund, these collected payroll taxes can be used to make payments to beneficiaries.

On page 58 of the Social Security trustees report, it shows how much of the projected payments would be covered by workers going out to 2090 under the three future scenarios: The worst-case scenario says that there will be roughly an 18% shortfall in 2040, rising to approximately 22% by 2090. That means that Social Security recipients would have to get by on 82% of the benefits they were expecting in 2040, and 78% if they manage to live all the way out to 2090.

All of this negative news assumes, of course, that nothing is done to shore up the programs between now and then. One of the simplest solutions would be to increase the age at which people can collect full retirement benefits. Basically, it would be indexing retirement benefits to changes in longevity. Another quick fix would be a marginal increase in FICA taxes or even removing the cap on income subject to FICA taxes.

The best advice here is to not panic about the fate of the Social Security and Medicare programs. Instead, work toward a financial plan that does not depend exclusively on them. Sadly, the Social Security Administration estimates that 21% of married seniors and 43% of single seniors rely on Social Security to provide 90% or more of their retirement income.  Financial independence is achieved by taking responsibility and control of your future. Make choices today that will allow for the Social Security benefits you receive to be the difference between a decent retirement and an excellent retirement.

For more information on Social Security and Medicare facts, please check out the links below.